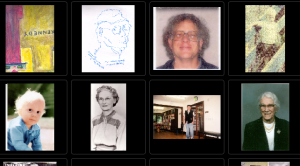 Why did the HAIR Generation not respond to AIDS even when shown to have been targeting them? That took some considerable ingenuity. Some of the less sincere haters are made sick reading the truth and wonder they should have been driven by Nordenberg and Lapham into such rancid intrigues proving the lie of their rhetorical conjurings. It must be frustrating for such belligerent effetes to see their chickenliness in writ. To commission a monstrous farcical felony hate crime wave and then beat their breasts as victim Judge Lynch is a quisling sonnet. One laughs if they plead self-deception, Ringo’s foaming beard riddled by syphilitic tears of dementia. They subjected me to abuses leaving me shattered and prematurely haggard to example me before the power of a national cosmopolitan statement, so sad they have to do this to somebody despite no evidence of wrongdoing but theirs, empowered in abuse of power by virtue of my powerlessness, their rationale feeds upon itself as dour privilege most cunningly. Those sharks even took my hearing so I could never challenge their grip by songwriting.

The darkly juvenile citizen Bowie has inspired so many people to so much crazed hatecraft that to the rump of crimson up on one toe posturing gleefully for having sold out to him was a difficult moment for me, but as sz. Chat made clear, after two years of friendship, if they love the music, myuh, they’ll avert their eyes from anything. For me, when it comes to British rock and their warlords, I will never trust them, the healthiest of them are ravenous with cruelty and the disease of sadism.

How did it come to pass that the world (meaning the U.N. Fundies in the loop) sided with Rosa that siding with Leslie was a matter of principle despite her partnership with Gail Burstyn? Wish we didn’t have to do this to somebody, myuh. This National Cosmopolitan Statement was all prior scripted. As a golem with impacted neurotrauma they prescribed my self-image and sought to force me on my honor to live up to self-destruction as an idiom. They pummelled me if I tried to resist. It became clear eventually that I was just the object lesson, not the only victim. The infamous challenge of HitlerDixon was all ensorcled with cunning as plan, slurring loud by a pitch of jeers than stigma after the boom. Prurience was the cattle function and foundation of Ringo’s celluloid claim to being Mr. President.

Menninger Foundation ran an experiment once on fish that sheds light on the social condition of both blacks and white trying to stop racism and achieve a just society. It was to put identical fish in two tanks, one with a blue light and one with a red light, and to impregnate the fish mothers. Then, before they gave birth, they shut of the lights and put the offspring together. When they turned on blue and red lights, the respectible womb fish swam towards the light in which their parent fish had swan.

Martha Gellhorn once said of the survivors of Dachau, “their eyes will never be the same.” I can testify to seeing those eyes in the children of holocaust survivors in the neighborhood where I was raised, reamed and tortured. What this says about racism is that the memory of horrible blows, the beatings, the hate is ingested and communicated by prenatal development. It isn’t genetic, it’s conditioned, but from embryonic development and we must wrestle down the subconscious forces of fear and favoritism.

PITT saw in my the teaching of my father, who tutored me why my hero as a child Cassius Clay had changed his name. They knew I loved Nathan and Scotty and that Black men were welcome in my life from its dawn. So they schemed a horror chemical in a predatory attempt to change my personality, with a ghost in the machine, a casper of hitler, through neurological torment, resulting in screams, and I knew something was wrong, and pleaded with Fripp for intuition, instead he depredated with the leers of psychopathological glee. You can see it now, throttling in my facial nerve, after years of self-imposed isolation.

I have found the narrative script of those who planned this personal catastrophe and traced the personality change chemical which was malefic with the intent to persuade of a character flaw, and traced it to the sad, cruel brilliants at Neurobehavioral Research.

The myth of an abusive letch is a saleable hate, jealous two-timer as a medium of psychiatric hustling and webspinning, when Penny came in gloat to hiss questionable confidences about my father. The presence of semi-coma impacted seismic disturbance, soulquake by neuroplasm, not so sympathetic, Mr. Chan, when it can be denied. The invitation to invention, false witness, prurient lies, libel, inflation, currying favor of the Fabulous Beatles, was as vicious and pernicious as McCartney’s power to bribe. One needs nausea drops to listen to the Beatles anymore. Their curled lip feminazi attorney morbidly intoning high seriousness to their depictions borne in the gravest travesty of deceit. The idea they might not be able to pull it off jibbering from their hysterical bedlam and Mick Jagger’s Mirror, Mirror as they scramble, grosping for the persona of their hate’s wet dreams, shrieking in the totality of their grueling miscarriage, which for so long rode so high.

The persistence of hate crime, and its subtext, so delicious to the viper Celine Dion and her minion Pet Sinfield, dressed up as justice ghoulishly plaed out in summer heat as my fiance eloped and I was stepped on his homeless jails, as anyone could see a heartbreaking humiliation predicated on the sentiment that a letter twisted beyond recognition is a crime of taste, and that there is no such thing as victim, so keep child mutilation trauma to yourself, queerbait. Oswald the Rabbit Rabbi hopped to the mission of severe Reagan and his posse comitatus of soulcraepft.

We see how fond they is of poison. Vicious, victorious punks like Runco who burned me are prime suspects in the acid put in black pools. Posvar liked big guns. He was mad about the jest and gloated in operatto when Gabriel gave his team my dream girl. By contrast these people are Nazis, not the Pilgrims they proclaim and get away with it by getting cowardly folks to mis-identify me to their pleasure, after shriekingly wrecking my skull with frankenscience straight from Rockology, Inc.

I don’t like petergabriel, calling deafness and seizures the whimpering of Smitty. He sucks on pain. My father even warned me of that after hearing just one song. With such unimpeachable judgment, small wonder they feared him. Kids should listen to their parents, rather than being wow’d by foreign perverts.